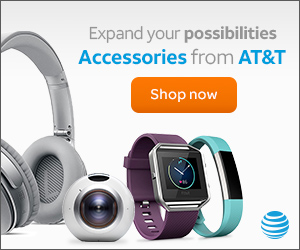 In Indianapolis, and in select areas of Austin, 5G Evolution offers customers a taste of the future of entertainment and connectivity on compatible devices. This deployment of multiple network upgrades enables wireless download speeds twice as fast as our 4G LTE network.1

By the end of this year, we plan to make 5G Evolution available in over 20 metro areas. In addition to previously launching in Austin, we previously announced plans for Atlanta, Boston, Chicago, Los Angeles, Nashville and San Francisco. We’ll share more about the additional metros as we get closer to launching them.

We’re aggressively deploying equipment, investing in the right mix of spectrum and technology, and laying the foundation for our evolution to 5G while 5G standards are being finalized. We’re working with more than a dozen global technology companies to get 5G ready for deployment. We helped lead efforts to lock down some key components of the 3rdGeneration Partnership Project (3GPP) wireless standards requirements by the end of 2017.  This new timeline will help with the development of chipsets needed for global 5G and the delivery of standards-based 5G mobile networks as early as late 2018.

“We’re excited to launch these new, faster, wireless technologies in Indianapolis as we march towards standards-based mobile 5G,” said Marachel Knight, senior vice president, Wireless Network Architecture and Design. “The upgrades in Indianapolis are crucial to the future of next generation connectivity in this city.”

We’ve worked closely with the City of Indianapolis to ensure AT&T’s network and infrastructure in Indy is ready to support the technology of the future. The investments we’re making prepare us for the future of 5G as innovations like self-driving cars start appearing on city roads.

“Ongoing advancements in wireless technology are a crucial piece of the economic development puzzle,” said Indianapolis Mayor Joe Hogsett.  “It’s tremendous that Indianapolis is leading the pack when it comes to the very latest in these kind of technologies, and a testament to our community’s vision and hard work.”

Adding these next generation technologies to the wireless network in Indianapolis is just one of ways we’re investing to improve the customer experience in the area. In fact, we invested more than $350 million in our Indianapolis wireless and wired networks during 2014-2016.

We also launched a new Distributed Antenna System (DAS) and added network capacity to nine existing systems in Indianapolis to serve customers at large venues such as airports, stadiums, and malls over the past year.

AT&T Progress on the Path to 5G
In 5G Evolution metros we’ve upgraded cell towers with network upgrades that include LTE Advanced technologies like 256 QAM, 4×4 MIMO, and 3-way carrier aggregation. These features, together with other upgrades we’ve made in our network, are providing faster speeds and a better customer experience.

By the end of 2017, we expect to deploy LTE-License Assisted Access and 4-way carrier aggregation in certain areas of 5G Evolution metros. We recently tested LTE-LAA technology in San Francisco where we observed peak speeds of more than 750Mbps. We plan to expand LTE-LAA testing to additional areas of San Francisco and Indianapolis locations in the coming weeks.

Small cells are also an important ingredient on our path to 5G. For example, we’ve installed small cells in Indianapolisand plan to add more in the next few months. These small cells use centralized RAN (C-RAN) architecture, which means the “brains” of each small cell or tower exist in one location. This allows engineers to add capacity and improve efficiency for hundreds of cell sites quickly and simultaneously. C-RAN is a key building block for our software-defined network—which is integral to our 5G network architecture.